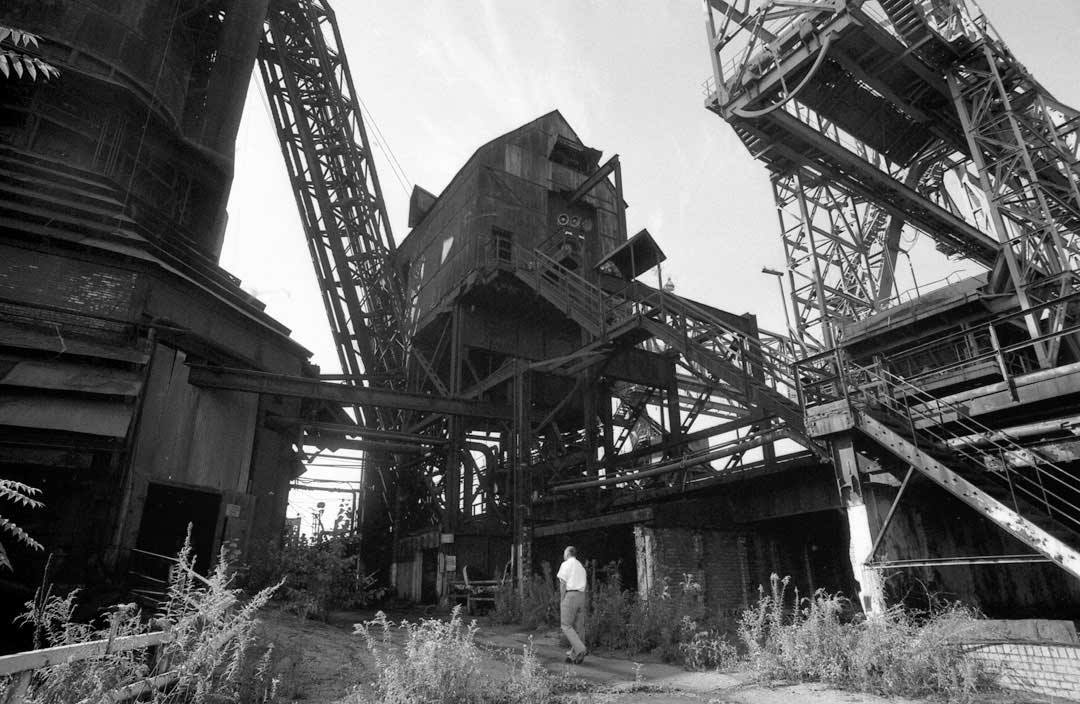 From the end of the civil war to the 1980s, iron and steel were everything in Pittsburgh. When the mills began to close in the early and mid-1980s our entire way of life was affected. Without the mills, other industries were having a hard time, too. It felt like towns that were operating 24-hours a day became ghost towns.

“Despair and flight started…people moved to where jobs were. We went from a booming town of about 700,000 people to a population of about 300,000. Towns were left to become a mere shadow of their former selves. Some of those who had stayed in the city had their middle-class dreams taken away and were forced to set their pride aside to turn to social service organizations for a little help. Thankfully the Food Bank and other organizations were there to help those that needed it,” Ron, Rivers of Steel National Heritage Area.

In January 1983, the region’s unemployment rate hit 18.2 percent, leaving 212,000 people unemployed, many hungry and in need of emergency food assistance.

“Through it all Pittsburgh never lost its spirit. It didn’t let decline crush it. That says something about the people in this region…we’re extremely resilient and determined,” Ron shared. 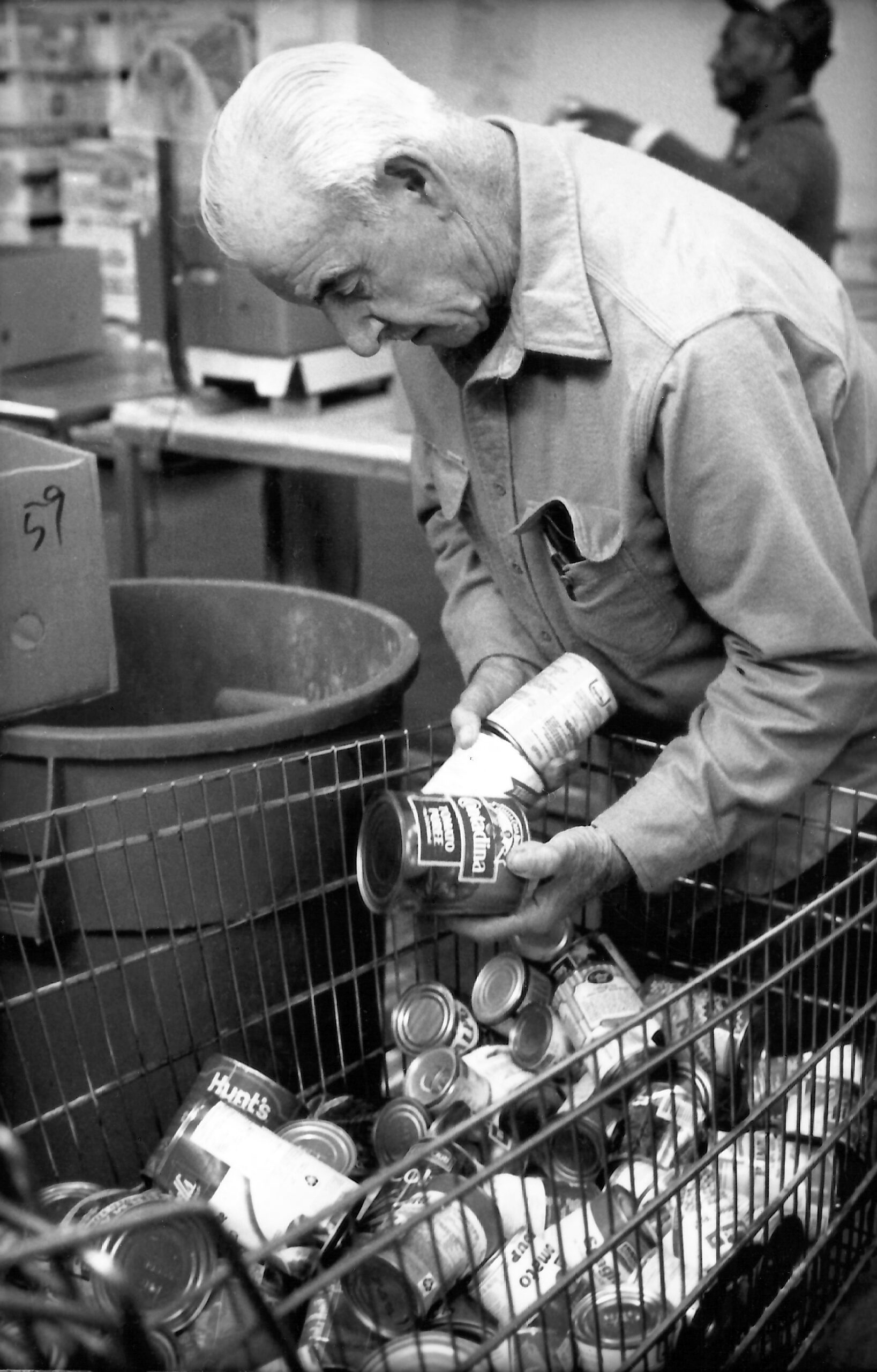 When the Food Bank first opened its doors, the basic idea was to take surplus and salvageable food and provide it to those in need. Most of the food available to the Food Bank was shelf-stable canned and boxed foods.

“We developed programs and pantries in communities with gaps in the provision of food assistance; our food buying program, one of the first in the country, grew to supplement the donated food supply; and we helped to create the state-wide network of food banks which is now known as Hunger-Free Pennsylvania. With that organization’s help we advocated to bring the Commodity Supplemental Food Program (senior box program) to Pennsylvania which still continues to assist seniors in our region and throughout the Commonwealth,” Joyce Rothermel, former president and CEO of the Food Bank. 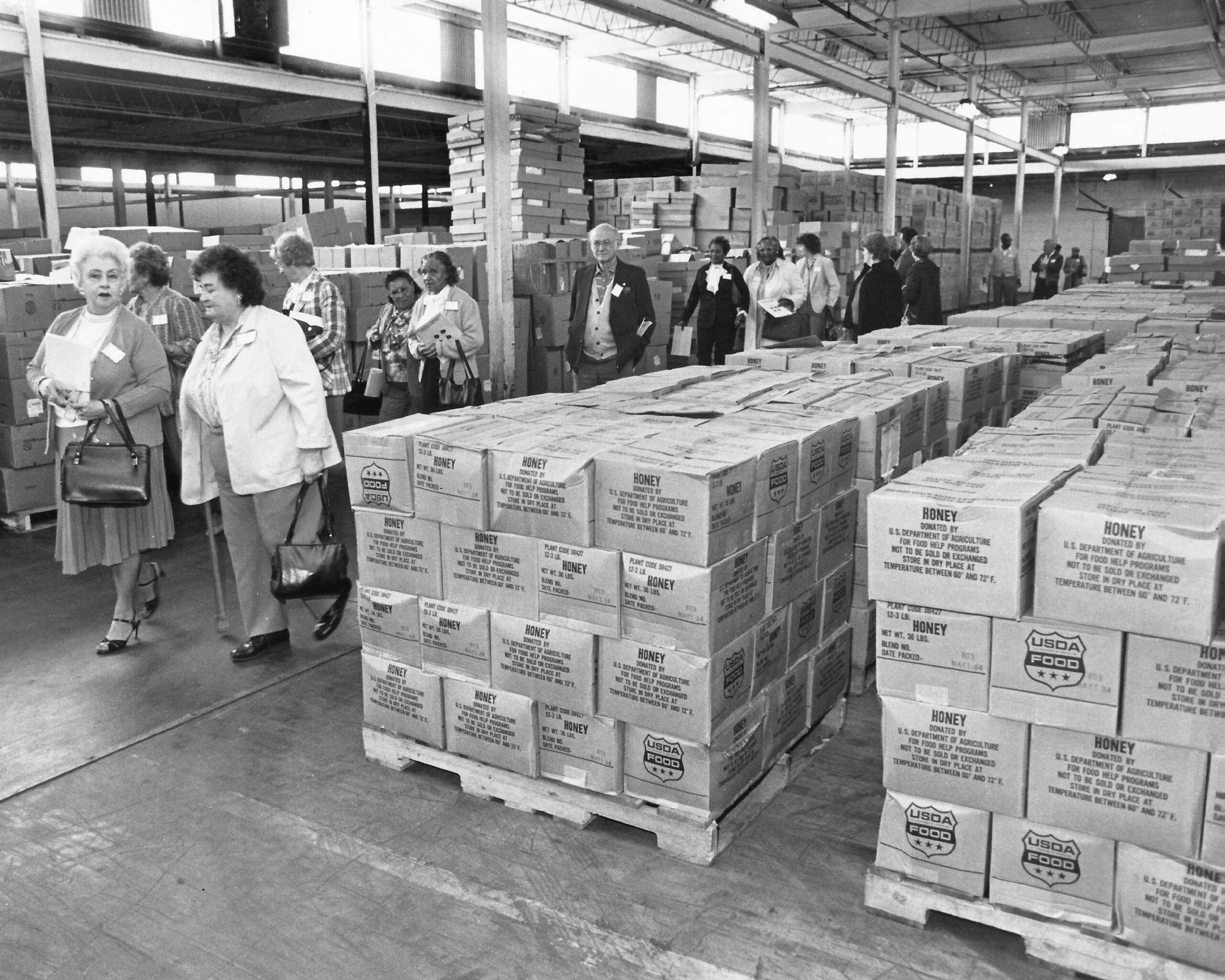 In 2000, the Food Bank moved its headquarters to the site of the old Duquesne Works steel mill opening the doors on not only the first building in Pittsburgh, but also the first food bank in the nation to hold a LEED certification.

December 2020 marks the 40th year of operation for the Food Bank. While this milestone is something to celebrate, its also marked with hunger at an all-time high due to the COVID-19 pandemic. Overall, due to unemployment and poverty caused by the pandemic, there is currently a 42 percent increase in food insecurity in Southwestern Pennsylvania, including a 57 percent increase in childhood hunger.

Over the past 40 years, as the world of food banking has evolved, the Food Bank has moved beyond emergency food assistance. Today, the Food Bank has a network of more than 500 partner agencies (including smaller regional and rural food banks, food pantries, homeless shelters and senior centers) and seven Partner Distribution Organizations (PDOs) that support additional agencies throughout an 11-county service area. In fiscal year 2020, the Food Bank network distributed enough food for nearly 40 million meals.

“What we’ve been able to accomplish over the past ten months, let alone the past 40 years, is a true reflection of our community as a whole,” said Lisa Scales, president and CEO of the Food Bank. “Without the support of our donors and volunteers we wouldn’t be able to fulfill our mission for as long as we have.”

Since March, the Food Bank has distributed more than 30 million pounds of food in response to the COVID-19 pandemic through drive-up distributions, home delivery and its pantry network.

As we think about where the Food Bank is headed for the future, we remain steadfast in our commitment to ensuring all of our neighbors have access to enough nutritious foods to lead healthy, productive lives.

The Food Bank also kicked off the Grow Share Thrive campaign in September. As part of the overall comprehensive campaign, in addition to a building expansion project, Grow Share Thrive will extend the Food Bank’s network of partners to include organizations that can reach individuals who do not go to a traditional food pantry. The Food Bank will also open a Community Pantry at its headquarters in Duquesne to test new ideas, provide training for partners and connect those who need food to expanded resources to help stabilize lives.

“Grow Share Thrive is our vision and commitment to ending hunger and its root causes across our region,” said Scales. “By expanding our infrastructure and programming, all our neighbors will have food today, tomorrow and for a lifetime. We are building the Food Bank for the Future.”

Thank you, southwestern Pennsylvania for standing with us for the past 40 years. We look forward to working alongside you to end hunger in our region for years to come.